The European-funded PVSITES project conducted its first review meeting in Brussels last month. It confirmed that project partners are making swift progress towards the demonstration of a diverse catalogue of building-integrated photovoltaic (BIPV) technologies and systems answering the market demands. Here is a summary of highlights from the past six months and outlook for what comes next:

The first prototypes of glazed crystalline silicon modules designed for building integration have been produced by Onyx Solar. These include both see-through modules based on back-contact solar cells and opaque modules with hidden busbars and L interconnections.

Several glazing treatments compatible with BIPV technology have also been analyzed and implemented in see-through prototypes, such as reflective and low e-emissivity coatings or mass-coloured and frit-patterned glass. 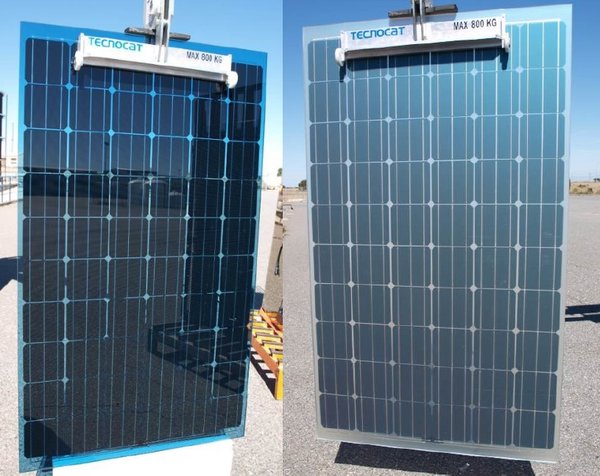 Framing systems suitable for the integration of extra large and large thickness BIPV units in curtain walls, vertical facades and skylights have been defined and prototyped. All above mentioned-products will now be subjected to indoor validation testing to ensure their safety and reliability, before a number of them will be installed at the demonstration sites. A summary containing more information is available at this link.

Work on the building energy management systems (BEMS) for the demonstration sites has also progressed. Lithium iron phosphate batteries were identified as the most suitable for electricity storage in BIPV applications, following a thorough analysis and testing campaign by CEA-INES. The fully-functional BEMS including electricity storage should be available in the Spring 2018.

The developed BIPV products will be implemented in six demonstration sites and two test sites, representing a variety of building types and located in different European localities and climates.

↑ The demonstration site at the École Hôtelière de Genève in Switzerland. Large lightweight CIGS modules manufactured by Flisom will be mounted on the visible brick facades.

For each demonstration site a preliminary energy audit has been conducted and a first BIPV implementation plan has been proposed. These will be refined in the coming months, with the conduction of thermal and electrical simulations together with the consultation of local partners and installers, before the installation work begins in the Winter 2017/2018.

Expending on the summary of survey answers already made available, a full analysis the BIPV market and stakeholder needs has been prepared by R2M Solution. It offers an overview of the current BIPV markets and trends as well as expectations and challenges from key stakeholders, with specific focus on the demonstration site countries.

Onyx Solar partners have also characterised the market suitability of their newly-developed glazed cristalline silicon modules, estimating end-user final prices in the range of 295-315 €/m². These price levels enable payback times of complete BIPV systems on the order of 5-12 years, depending on local contexts and project specifics. Market deployment will be further supported by a commercial partnership between Onyx Solar and R2M Solution, who are now the appointed distributor for Onyx Solar products in Italy.

The consortium findings are summarized in reports available to the public on the Downloads section of the website:

More information will soon be communicated regarding the other BIPV products under finalization:

A pre-commercial version of the PVSITES software suite developed by CADCAMation will be released in September 2017. The BIM-compatible suite is designed to ease the integration of BIPV systems in buildings at the design stage, covering the electrical, thermal and optical domains. Its default product catalogue will include the PVSITES innovations. 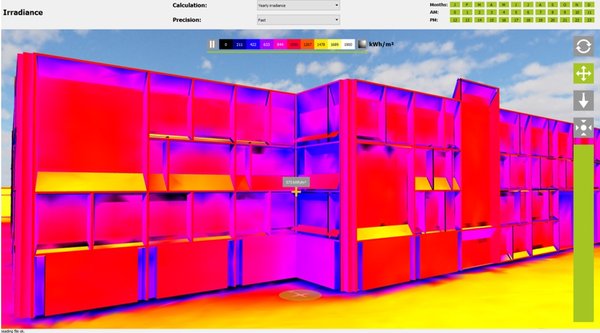 ↑ A snapshot from the BIPV software under development - here offering a visualization of yearly irradiance levels on the various building’s surfaces.

Several outputs from the project will be presented at sessions of the Advanced Building Skins conference in Bern (Switzerland) this October, including the BIPV glazed modules and the software suite.

Training courses for installers will also be organized at each demonstration site during the PVSITES implementation process, offering the construction sector an opportunity to familiarize with the installation and maintenance procedures associated to BIPV. More information soon!