In September, the installation works are nearly finalized and we are getting ready for the PVSITES training courses in November. Meanwhile, here is the current progress on the demo sites. 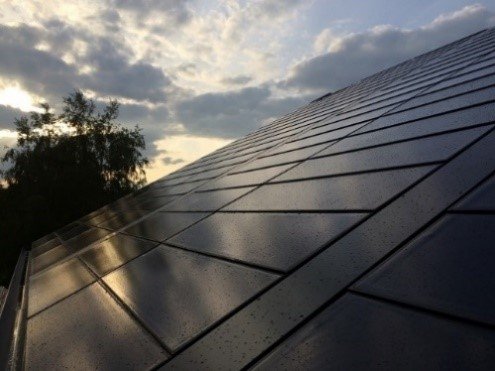 Single House in Stambruges, Belgium: The single house was built in 2015-2016 in accordance with passive and bioclimatic standards. It is already inhabited by the owner and monitored for various studies in terms of electric consumption, room temperature and relative humidity. The implementation of the BIPV roof composed by CIGS on steel modules and manufactured by FLISOM was successful with excellent planning and execution of installation works. The careful architectural integration design in a new building formed a highly conducive site to accept BIPV solutions. The installed BIPV system is expected to make the house an energy-plus building, meaning its net yearly energy production will exceed its consumption. 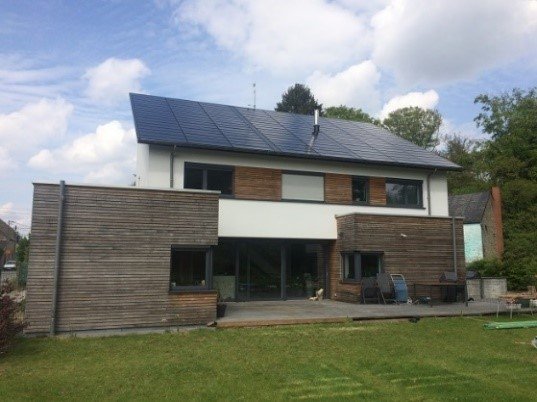 Educational Building in Genève, Switzerland: The hotel school Ecole Hotelière de Genève (EHG) is comprised of three above-surface buildings interconnected by underground facilities. The main historical building dates from the 18th century while the other pavilions are more recent additions. Production is still on going. Installation works in the demo-building are being finalized.

Solar carports in Zurich, Switzerland: Two carports were constructed in separate locations near Zurich: at the EMPA headquarters in Dübendorf, and in Seuzach. Sharing the same design, they were built around purpose-made curved metal tiles sporting CIGS thin-film PV, providing both functional and esthetic value. Both carports include an Electric Vehicle charger, so that the produced electricity can be directly used on location. The carport design and installation were successful, maintaining the design style of the previous carport. 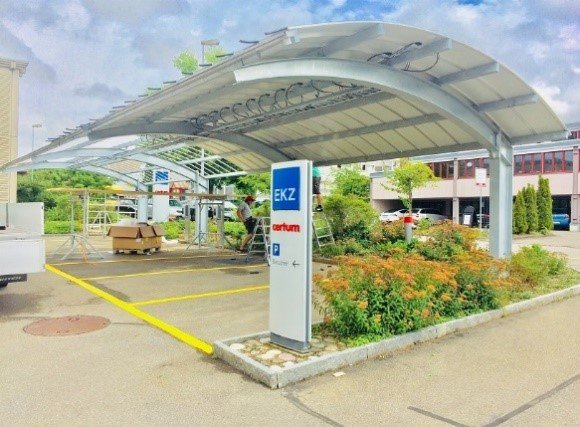 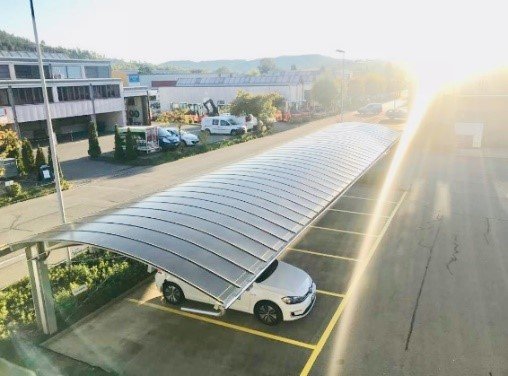 Industrial Building in Barcelona, Spain: The roof of Cricursa’s industrial facility in Catalonia was retrofitted with 200 m² of thin-film CIGS shingles. The shingles were integrated in the roof structure in order to ensure a harmonious visual appearance. The installation was executed in between June 2019 and July 2019. The efforts dedicated to the architectural integration design phase have brought good results on site, making the installation works proceed smoothly. 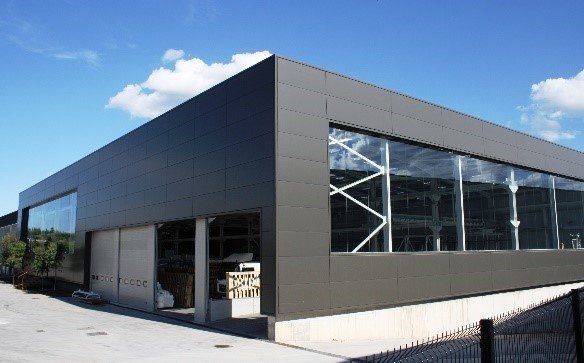 Apartments Building in Lille, France: The final integration design was quite conditioned to the aesthetical criteria, related to the architectural design of the residential storey block retrofit in process; the effort dedicated to this aspect has provided not only a good functional result, but also a great aesthetic appearance. The permitting process was long and difficult due to the public housing character of the demo-building. For this reason, parallel and subsequent tasks suffered important delays for this demo-site. Today, the demo-system is successfully installed and legalized. One of the main objectives for installing BIPV at this location was to significantly reduce the electricity bills for the building, which will benefit the tenants. 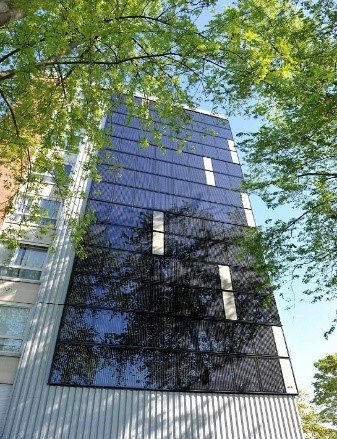 Office Building in San Sebastian, Spain: Two symmetrical ventilated BIPV façades were installed at the Tecnalia building in San Sebastián, in the Spanish Basque country. The four levels of the building mainly host offices but also laboratories and special machines used for research purposes in the basement. Installation works took place during March 2019. The singular geometry of the existing façade has required specials efforts during the architectural integration design phase and the installation works. Despite the difficulties, final result was highly satisfactory. 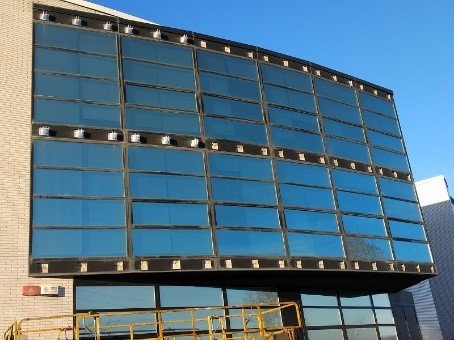