Since January 2016, the international consortium behind the PVSITES project has been hard at work to deliver its first results and lay the ground for successful future activities. The H2020-funded project focuses on the demonstration of a diverse catalogue of building-integrated photovoltaic (BIPV) technologies and systems, specially tailored to provide a robust answer to market demands. The developed products will be validated under real-life conditions in six different demonstration buildings throughout Europe. 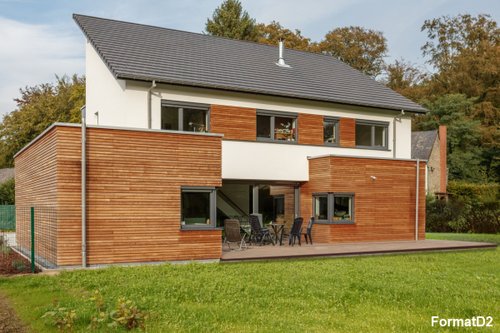 One of the six demonstration sites, a passive house in Belgium. The roof tiles will be integrally replaced by BIPV shingles produced by project partner Flisom.

The project goals are highlighted in an online video:

During the first year of the project, several tasks have been carried out with the common aim of translating market, legal and technical requirements into a coherent set of specifications for the 12 BIPV systems to be demonstrated within the project: 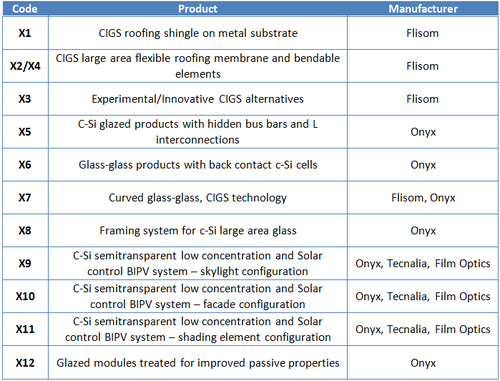 The related project activities included an assessment of bioclimatic design requirements and of architectural and aesthetical considerations for BIPV products. Technical specifications were defined for both the PV modules and the energy conversion and management systems under development.

The consortium findings are summarized in six reports available to the public on the Downloads section of the website:

One of the BIPV products under development by project partner Onyx Solar (X5). These C-Si glazed modules are intended to be integrated in facades. In the final product both the L interconnections and bus bars will be invisible.

The project activities were presented at a number of leading local and international events in 2016, including at the European Photovoltaic Solar Energy Conference and Intersolar trade show in Munich. Direct communication about PVSITES will continue in 2017, with possible participations at the Passive Low Energy Architecture conference in Edinburgh in July and at the Advanced Building Skins conference in Bern in October. All attended events are announced in advance in the Events section of the website.

With the successful completion of its first activities, the project is on track to deliver its next batch of results. The consortium is actively working on the development of a BIPV software suite and on the building energy management systems (BEMS) for the demonstration sites. The software suite, designed to ease the integration of BIPV systems in buildings at the design stage, will be made available to the general public in the summer of 2017. 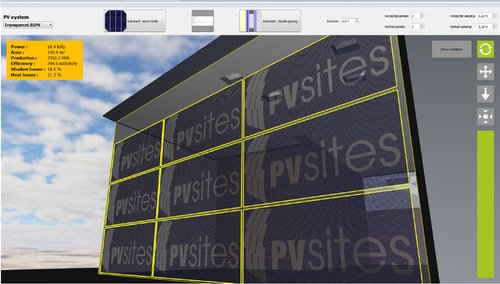 A snapshot from the BIPV software under development – users will be able to integrate BIPV as roofing, facade, canopy or even window elements.

In addition, the main findings of an analysis on business models for a sustainable BIPV industry will be released in early 2017. The consortium would like to renew its appreciation for stakeholders who contributed to the analysis through their participation in a survey in the summer 2016.